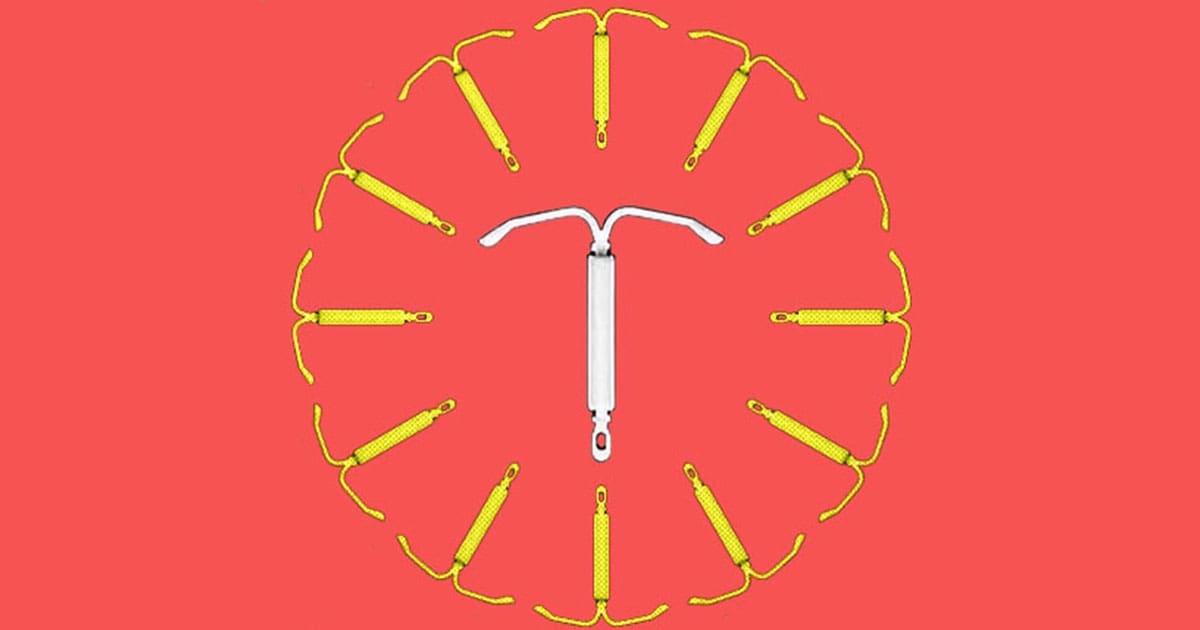 It’s been nearly 40 years since hysteria was widely discredited as a pejorative, Freudian “diagnosis” used to control women. Today, women’s pain is still being routinely dismissed under the guise of “psychosomatic symptoms” - and it’s a problem.

As women, we are socialized to downplay our pain. We resist, whether consciously or not, the act of burdening others with our problems, even if it results in debilitating pain or serious illness. But why? Why is it that, even in this age of modern-day feminism and female empowerment, women are consistently not being taken seriously when it comes to issues with detrimental consequences? Perhaps it is because the multiple roles that women are expected to take on at once - provider, caregiver, etcetera - as well as the fine balance required to manage them, necessitates a level of patience and selflessness that conditions women to put their own needs last. Or maybe it is because when we do prioritize our own comfort and, say, seek medical attention, we are met with professionals insisting that our claims are exaggerated and amplified by our emotions. Therein lies the problem.

In a society where it is already difficult for women to prioritize their own well-being, those whose very job it is to protect us are dismissing us with biased, illusory reasoning.

The problem here isn’t just the existence of implicit gender bias in the healthcare system -- the problem is that people’s lives are on the line.

Two years ago, I happened across an article in The Atlantic that was circulating on my various social media feeds. As I read it, I began reflecting on my own experiences as a woman navigating the healthcare system, and I grew increasingly upset. The story, written by an exasperated husband after watching his wife, Rachel Fassler, endure an unnecessarily excruciating experience because her pain was minimized by doctors and nurses alike, was an undeniably concrete example of the very problem I had been experiencing myself for years.

Both relieved that such a story was circulating the internet and frustrated that it took a man writing it to be taken seriously, I slowly began piecing together my own coherent opinion.

Admittedly, I’ve been known to spout platitudes about how the healthcare system constantly fails women’s bodies. It’s something that has upset me deeply for years, but I have never been able to adequately communicate why.

For some context, here is a Cliffsnotes version of my own experience:

From the ages of 16 to 21, I was constantly sick in some way, shape, or form. I would faint regularly, develop frequent infections, and was almost entirely intolerant to alcohol. Naturally, this was also about the age I began drinking, meaning that I had never known anything different. I just assumed, as doctors reassured me, that I was destined for sobriety - two glasses of wine and I was up all night violently ill. I spent my undergraduate degree in a university town almost entirely without booze. My friends knew that if I suddenly vanished from a crowded room, it was likely because I felt lightheaded and was preparing to black out. All the while, I visited upwards of 10 doctors in two different cities - none of whom could pinpoint what was wrong with me. Though I initially downplayed the severity of my general health to my family as to not worry them unnecessarily, I slowly realized that doing so actually stemmed from an internalized reluctance to vocalize my pain. It was only near the end of a long-term relationship that I began to wonder if birth control was at the root of this nightmare.

Now, It must be emphasized that my situation is absolutely trivial compared to some of the horror stories shared by women on birth control. I was lucky enough to have manageable symptoms, ones that did not keep me from the average adolescent experience (unless you consider binge-drinking average, in which case I’ll accept your sympathy in the form of good gin and/or cash). I decided to stop taking birth control, considering that I had been on it since, big coincidence, age 16. A few weeks later, immediately following the inevitable break-up, I did what any 21 year-old coping with heartbreak does: get drunk. And...I didn’t get sick. My skin cleared up, I stopped feeling lightheaded every time I took a shower, and I could finally enjoy a glass of wine with dinner.

After all those years, I discovered (through my own research, trial and error,) that it was the estrogen doing me in.

For the record: I’m now the proud owner (and advocate) of a progesterone-based IUD. I was thrilled to have finally gotten to the bottom of what had been dominating my life during some of my most pivotal developmental years. I was also mad. Why didn’t any doctors suggest that it was the birth control? Why didn’t I think to stand up for myself more seriously for the sake of my health?

While it is objectively unacceptable that no health care professional even hinted at the fact that hormones may have been making me sick, I was also partially responsible. I could have very well pushed harder and sought more help, but I didn’t. I learned to live with it, to grin and bear it, to suck it up. After years of coping, it became normal - and since no professional had ever told me otherwise, I coped. As women, we have been conditioned to tolerate a level of discomfort that men simply have not. But why?

One of the most widely-cited studies bringing this issue into question is The Girl Who Cried Pain - some of the first concrete proof of a gender bias against women and the medical treatment of their pain. In essence, the study shows that while women are more likely to experience severe and frequent pain, their symptoms are more often diagnosed as psychosomatic (read: not real). While, on the surface, it appears that these problematic trends are most prevalent in cases regarding women’s reproductive health, they extend well beyond this realm. Despite the 21st century advances in gender equality, and the general acceptance of feminist rhetoric among millennials, these studies illustrate something to the contrary; health care professionals’ consistent denial of women’s pain demonstrates that the medical field is still deeply rooted in gender stereotypes.

Historically, sex-based medical research has invested more in studying men than women. Undoubtedly, in recent decades there has been a significant rise in overall awareness and accessibility of information regarding women’s health. While times are certainly changing, as Laurie Edwards explains, “Part of the reason the diagnosis and treatment of women’s pain lag so much is simply the pace of medical research itself, which is slow to move from publication to clinical practice”.

Second-wave feminism in the 1970s saw an increase in vocal criticism of the health care system’s treatment of women’s pain. In 2017, these issues are still very much alive - think of the woman who doesn’t seek medical attention when she’s tight on money and has children to care for. Or the woman who delays treating signs of a heart attack in fear of initiating a “false alarm”. Or Rachel Fassler in the ER. Or me. Or you.

As elaborated upon in Tara Culp-Ressler’s article for ThinkProgress, Robin Stern, author of The Gaslight Effect, wrote that “women whose feelings are frequently invalidated in this way may have trouble making their own decisions, start constantly second-guessing themselves, or conclude that their concerns aren’t worth articulating because they’re simply being too sensitive”. Undeniably, there is no shortage of evidence that this phenomenon is very, very real.

So what’s the solution? We can begin by empowering women to vocalize their pain and seek medical attention when they feel it necessary - even if they fear being told they’re overreacting or being dramatic. We can insist on including more thorough awareness in medical training, emphasizing that personal, subconscious bias plays a significant role in women’s diagnoses. We can finally start believing sexual assault survivors and their testimonies, trusting that they know their bodies better than any medical professional. We can stop twisting women’s physical symptoms and rewriting them as psychological or anxiety-induced. We have to resist becoming entangled in the web of hysteria-like excuses for perfectly valid pain.

As women, we must unlearn the deeply-ingrained belief that our pain shouldn’t be someone else’s burden. We must abandon the notion that “riding it out” is the only solution. We must finally trust our bodies. We must demand that our pain be taken seriously.