A Cautionary Tale on Emotional Abuse: Major Signs to Look Out For 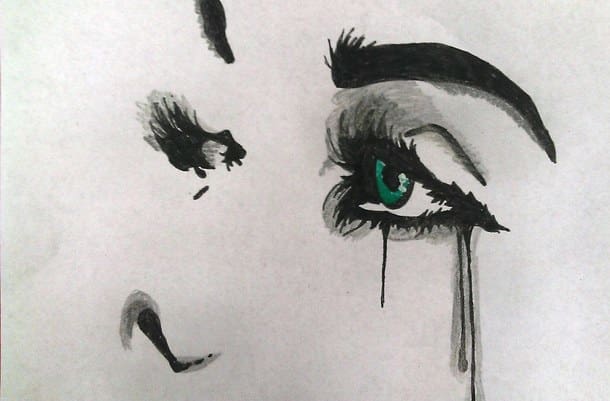 Being trapped in a relationship of this nature doesn’t only happen to obviously damaged, weak or vulnerable people; some of my most intelligent, strong, and egalitarian friends have also found themselves under the thrall of an emotional vampire, regardless of their age, schooling or economic status.

Throughout my life, I admittedly have also been a dysfunctional person - and been around toxic people as well - and I’ve discovered a few common themes:

1. They have huge egos

They desperately desire accolades, but often feel that their sense of accomplishment is fragile and constantly under attack; therefore, they must go to nearly any length to attain or retain this sense of control.

3. They often have unresolved baggage

Whether it is past abuse, trauma or even mental illnesses or addictions...there's usually something there that is either the root or is a contributing factor to their dysfunctional, erratic behaviour.

In all honesty, the majority of most pain in people’s lives is because they never learned How to Fucking Deal. As someone who has mental illnesses herself, I struggle with unpacking this. For me, if you’re able to be in a regular state of lucidity, you are indeed accountable for your actions.

4. They refuse to take responsibility

These factors tend to result in volatile people with a sense of entitlement and a myopic view of the world, especially in regards to how their actions affect others. They cannot, or will not take responsibilities for their actions, and are gold-medal gymnasts when it comes to rationalizing their shitty behaviour.

That’s the part of emotional abuse that’s the most difficult for both perpetrator, victim and witness to contend with - the fact that it’s generally not a seething monster, scheming for the most systematic and insidious way to mentally destroy a person from the inside out. I take the time to state this, as it’s far too easy to assume that all abusers are that beer-swilling, wife-beater wearing douchebag that we see on TVs.

Instead, they’re regular human beings, that mistreat others in a horrendous fashion to hide from their own shortcomings.

My personal experience with abuse

The Ex, we’ll call him, began as a quiet, sweet and mild-mannered guy, who was also small-minded, undisciplined, insecure, and possessed an atrocious temper. Those came up early in the relationship, but in amounts so small that they seemed almost normal.

Like a frog in a slowly boiling pot of water, I didn’t realize I was in a terrible situation until it was almost too late.

His insecurity and unhappiness with himself was kept under wraps, but began surfacing as I started to attend art school - my personality, politics and sense of self were undergoing rapid change, and this terrified him.

He began to fear that he was being left behind, and this resulted in the beginning of the abuse; in order to prevent me from outgrowing him, he began the cycle of emotional abuse that would continue for the next five years.

What I Went Through AKA Warning Signs that You’re Dating a Dysfunctional Asshat:

1. He was irrationally jealous of my friends (especially if they were male)

Dude, not all of my friends are either talking shit about you or trying to steal me away.

Abusers can’t cope with the idea that you could possibly be happy without them, and also, a healthy support system makes it really difficult to control a person.

Absolutely, positively, no one should force you to put them before your friends and family; your loved ones were here before bae showed up and they’ll be there long after, helping you pick up the pieces without a single “I told you so.”

Additionally, if all of your friends and family hate your new partner, they’re probably not the ones who aren’t “seeing the real them,” you are.

2. He tried to monopolize my time and discouraged me from pursuing things I loved

A healthy partner is a best friend, and your second biggest  fan (your #1 fan will always be your momma).

While they respect you enough to call you out when you’re being a jerk, they are also going to be there for your worst and best moments, without a second’s hesitation.

My ex resented the fact that I was spending more time drawing, studying and doing homework. He guilted me about it, nearly every day. People tend to do this because they’re severely unhappy with themselves and have no real goals, thus they decide that you don’t get to have any either (other than being their sole source of entertainment or happiness, which is super unhealthy).

3. He destroyed my self esteem

Everything was game for derision and mockery - my face, hair, body, clothes, personality, intelligence, family.

I was made to feel absolutely worthless. He would do horrifyingly awful things like compare me to other girls on the street, and tell me that he would treat me better if I looked better or had more sex with him.

Eventually he chipped away at my already low self-esteem, until I felt that I was incapable of making any decisions without running it by him first.

4. I was his personal project, rather than an actual human being

Self-improvement through taking care of your body and mind and trying new things is something I endorse heartily.

Thing is, your partner should support your journey in being your ideal version of you, not theirs. He attempted to turn a tomboyish geek into a Kardashian sister, which resulted in both parties being miserable and dissatisfied.

5. I felt like a crazy person. All the damn time.

Gaslighting is a common tactic of shitty abusive people everywhere; by goading you until you react in an explosive fashion, they simultaneously undermine your agency and normalize their poor behaviour.

Apart from his already exemplary treatment of me, Ex would also behave like an ass and antagonize me until I melted down. He would then dismiss my frustration, sadness or anger as being “crazy,” as his actions “weren’t that big of a deal, anyways.”

With my history of mental illness, this led me to be even more unsure of my decision-making. It also caused me to believe that we could be a functional couple, if I could only be a better, more sane person.

6. He terrified the bejesus out of me

He never ever struck me. But he scared me with his brash temper.

Just because you punch the wall beside my head, doesn’t mean that it’s just like not hitting me at all.

Constantly, I’d have to watch the volume of my voice, the tone or anything else that he could perceive as a slight, lest I deal with either the silent treatment, or just being dressed down later in private. When he was driving, those were some of the truly scariest moments. His road rage was unlike anything I had ever witness.

To this day, I still feel panic when I accidentally give incorrect directions to a driver.

While it sounds like it was all hell...it wasn’t.

There were great moments. There were moments of peace and happiness. Thing is, the times where I felt numb or miserable far outnumbered the times when I was happy. Eventually, I realized that he contributed absolutely nothing to my well-being, so I packed my things and left shortly before our five-year anniversary. The transition to single life was difficult, not because I wanted him back (God, no), but because I felt I was utterly broken by this person and didn’t have it in me to start picking up the pieces again for the millionth time.

Eventually, I healed and realized that I was free: I could shave parts of my head, hang out with my queer, amazing friends, and buy any damn ugly shirt I liked. This sense of liberty was absolutely amazing, and I would not change it for the world.

Nowadays, I have two incredible partners who truly love and accept me for everything that I am, and I try to do the same for them. We work together to be better than the sum of our parts, even if we have disagreements and misunderstandings from time to time.

Abusive relationships arise when toxic, unhappy people latch onto another in an attempt to install themselves as the centre of the person’s universe. Even if someone has never laid a single hand on you, if you live in terror of their temper, dread going home to them, or feel that you have to completely change your way of existing to please them, it’s time to leave (if it is safe for you to do so. If not, there are organizations that can help).

Life is entirely too short to spend it with someone who does not love you, no matter what they tell you.

Love is unselfish, and kind, not belittling and terrorizing.