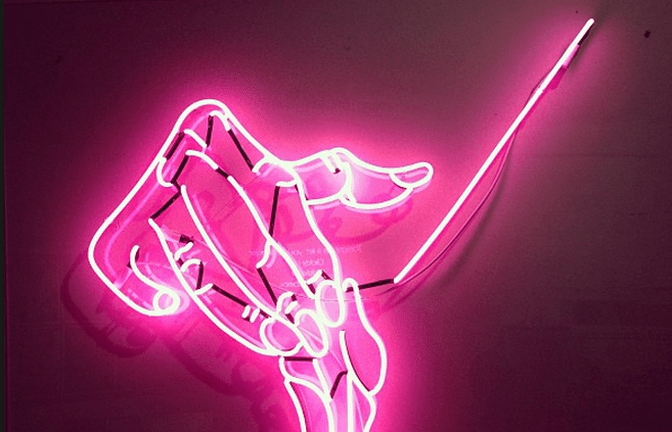 The problem is that society teaches girls to not only hate their bodies - but also to look for validation of who they are from anyone other than themselves.

All in all...I just didn’t get it. How could you have never experienced an orgasm? Especially with all the intimacy that comes with being in a relationship? I’d never even had actual sex before, and I was having what seemed like more than my fair share. It didn't add up.

Looking back on it now, I understand that maybe it was a bigger problem. The problem is that society teaches girls to not only hate their bodies - but also to look for validation of who they are from anyone other than themselves. That being said, these girls might have expected an orgasm to be the result of what the guy they were with was doing, and not necessarily something they could control on their own.

Getting yourself off is 100% A-Okay...regardless of whether you’re a woman or man.

Most of the time, I’m sold out to an idea. The idea that I’ll connect with someone enough to want to have him inside of me. To want his hands all over me. It’s a nice thought, and in those moments when dopamine floods my brain, leaving no room for inhibitions, I tend to wholeheartedly believe that nice thought…and, well, then I go at it.

I find orgasms are pretty good reflections of where my head-space is truly at, at that point in time. How I feel after an orgasm is probably one of my most vulnerable moments.

Depending on what kind of orgasm I have, I might feel optimistic about finding the right person to connect with. On the other hand, I might feel it’s never going to happen, and I’ll inevitably be reduced to these lonely sessions by myself for the rest of my life. I might feel on top of the world and without any need to have someone else come in and invade my personal space. Sometimes, I come out of an orgasm and immediately move on to the next thing, completely forgetting my few moments of bliss as though I were simply completing everyday routine. Like brushing my teeth.

I think society might want women to understand pleasure, love and desire as being things that can only be met by something or someone outside of themselves. As if women couldn't validate and support their own desires and pleasures.

Just a reminder: We already have everything we need within ourselves to love and be loved. This little fact seems to have eluded social convention.