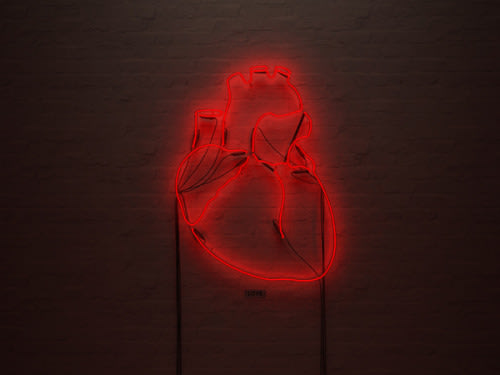 Tanya is a 28-year-old nomad of Western Canada, who trains regularly to learn how to punch and strangle people in a mostly consensual fashion. She’s also recently married, but still dating other people, so we asked her a shit ton of questions about that.

Okay, let’s take it back a bit. How and when did you realize you’d be...taking the road less traveled?

Honestly, the prospect of going on dates and being together for the designated 2.8 years before tying the knot with my one and only never really appealed to me, nor did the concept of swiping right on my Prince Charming for Tonight. As a socially-inept hermit, I never could fully buy into the societal idea of either a lifetime of monogamy, nor living my twenties out in wine-soaked one-night stands after another. Despite both being perfectly viable modes of existing, I wanted meaningful relationships, just generally... more than one at a time. At the age of 23, I decided to say “no thanks” to monogamy (and heterosexuality, but that’s an aside) and entered the dating world as an out Poly/Non-monogamous person.

Flash forward five years later. So much has happened since that initial declaration to be honest about my needs and wants. I’ve been surprised, disappointed, in love, hurt, bored, married (!!) and heartbroken. What has been most illuminating has been how viewing traditional relationships through this lens reveals certain things about society and the state of modern romance today. The way we tend to link integrity of character to one’s sexual activity, the zero-sum nature of the dating game, and the dangerously proprietary attitudes society fosters in regards to sex, love and trust, are made clearer when you’re viewing them from the point of an outsider.

How’d your friends/family take the news that you’re about that life?

When I come out to family, friends or whomever, I’m usually met with a number of different responses- there’s usually an “oh!” moment of surprise before the curiosity, derision, acceptance or overall judgement on my character begins. Overall, the reaction has been very positive with my peers, as our generation seems to be a lot more open-minded in regards to sexuality. Amongst my close friends, I was accepted for my lifestyle choice; however the majority of people I attempted to date didn’t react so positively.

Ah, let’s hear more on that. How do the men/women you date feel about, well, sharing you?

Surprisingly enough, men were far more judgmental; the queer women tended to analyze their place in the overall societal framework and be more open to dating in a polyamorous fashion. For the most part, men were initially flattered that a ‘taken’ woman was showing interest in them, their inflated egos quickly were popped when they realized that my partner was informed that I was out on a date. Additionally, men would generally admit that they felt that they were encroaching on another man’s territory, despite my partner himself stating that he was perfectly fine with this arrangement. Overall, people appear to be more interested or comfortable with the thought that they’re sneaking around with someone’s partner, rather than the atypically open way I decided to conduct my life.

As I went out in the dating world for the first time at 23, I was perplexed at all the unwritten rules of engagement. Don’t text them right away, or else you seem too eager, what? Guys will lie to you in order to get sex, huh? It honestly made no sense to someone as forthright about their desires as myself, but “That’s how the game is played,” was the typical response I received. Imagine my surprise when I was informed by my guy friends that if they were to be clear that they only truly wanted sex, that they felt that the woman would turn them down, or that they broke things off, because the girl began to manipulate them into having a relationship. Honestly, the dating game has always been dysfunctional, despite our having gone from sharing milkshakes together, to getting dick pics from randoms.

Haaa! So does being non-monogamous affect those rules?

When you go into the dating game with a different set of rules, it has a tendency to upset the power dynamics that are set in place. People being purposefully vague, or treating me badly weren’t tolerated for long, and I eventually had a binary selection process for prospective partners. Maybe it was due to the fact that I had someone amazing at home, but I didn’t feel as desperate to put up with someone jerking me around for no reason other than (his, usually) stroking of their ego.

Being non-monogamous seems like it involves a lot of communicating. Do you find that to be the case with “vanilla” people when it comes to dating?

Unfortunately, no. It’s really heartbreaking to witness a lot of my friends experience confusion and pain, simply because they don’t feel that they can bring something up in a conversation with their significant other. There have been countless instances where they claim that while the other person’s behaviour is problematic, they feel that they would emasculate or disrupt the socialized balance of power that’s been set in place. Frankly, I think that’s horseshit. Communication is the keystone of any positive encounter, and there is no point in living life with someone with whom you can’t have a frank conversation with. Yes, there is discussing and determining the style of communicator or arguer you are, but there should be no topic that’s off the table, their fragile masculinity/femininity be damned.

Do you get asked questions, like, all the freaking time? *as she asks question*

Yeah. All the time. The most common questions I get when I let someone know that I have two partners, are “Doesn’t that make what you have with x less special, because you have to divide your love?” And “Don’t you/they ever get jealous?”  As much as I want to start yelling incoherently at them, I try to be understanding and patient, as it took me a long time to understand it myself.

Love isn’t something that is a finite resource, as evidenced by the fact that we can love our pets, spouses and parents all in vastly different (God I hope that you love them differently) ways.

While it is extremely exhausting at times to have to share my time and energy between more than one person, I wouldn’t have it any other way. In regards to the classic jealousy question, yeah, I do get jealous and territorial. I was raised in North American society and I too, have internalized the notion that relationships require a sense of possession. The longer I am in two relationships, that toxic attitude of proprietary love becomes more and more apparent. Now, I’m not saying that everyone needs to join this utopian world of free love, but rather to take a moment and examine the way they view their self worth and security of love and intimacy with their partner.

So overall, what readers should take away is that...

That this adventure in non-monogamy hasn’t been easy, and frankly, no worthwhile and lengthy self-examination nor challenging of the status quo ever is. For many, it’s simply not for them, and that’s quite alright; I love love, in all its forms. I just hope that from this piece, people realize that there are different ways to live your life, and as long as you maintain a channel of open communication and treat people with dignity, understanding and respect, that is what truly matters.