In 48 Hours I Found Out I Was Pregnant, Had an Abortion and Gave in a Paper 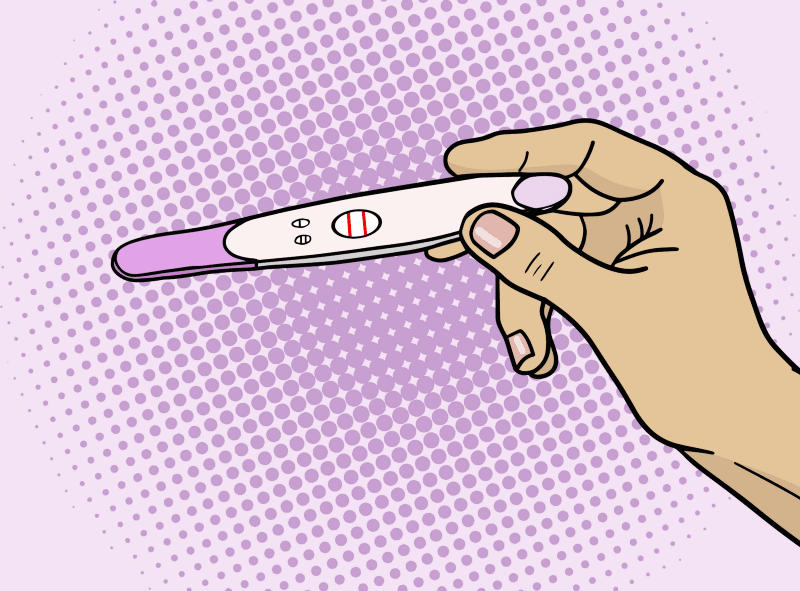 I sat in the passenger seat and thought about whether I would order sushi or Mandy’s salad later that day. I wondered how many people in the world, at that minute, were listening to the same Foster the People song as me and how long abortions typically took. 10 minutes? 30 minutes? I wondered how many they perform per day and whether I’d have an appetite afterward. I wondered if I was missing anything important at school that morning and decided that I’d pick up a salad on my way home. I was craving avocado.

I want kids. I have always wanted kids. My mom describes me as having wanted kids since I was a kid. I’m not sure how to explain the unshakeable and probably somewhat unreasonable feeling of thinking I couldn’t have them on my own. I say unreasonable because, quite literally, there was no real reason for me to have believed this. I had simply learnt that, like many women, I had cysts on my ovaries. This sounds about 110% scarier than it really is. In reality, having cysts on one’s ovaries actually means close to nothing. They essentially just chill there and sometimes cause heavier than normal bleeding. Annoying, but harmless. Like a fruit fly or Kylie Jenner. It still felt terrifying to hear. I remember cutting my doctor off mid-sentence:“Kids? What about kids? Can I still get pregnant?”

I remember the scrunching of her mouth, the shrugging of her shoulders and the exact tone of her voice dismissively saying something like “yeah, you should be fine.” So. Freaking. Casual. I should be fine? As in…I could be not fine? I thought about all the times I’d had sex. I thought about all the times I’d had irresponsible sex. Too many times to have never gotten pregnant. It made sense now. I was infertile. I was infertile and barren and destined for a life of childlessness.

Fast-forward a few Novembers and find me sitting on my toilet seat, hunched over, holding my chin in one hand and a pee-covered stick in the other, staring blankly at two faint but definitely present parallel pink lines. They were about a centimetre in length and no thicker than the ink from a ballpoint pen would be. So insignificant. So life-altering.

That afternoon I Googled “abortion clinics in Montreal.” Five popped up and I dialled the second one on the list. I hadn’t yet said the words out loud and so when the woman on the line asked how she could help me, I heard myself say: “I’m pregnant. I need to not be”.

There wasn’t much room for feelings. I knew, with every fibre of my existence, that I was in no place to bring another human being into the world. I knew that this needed to be a blip in the story of my life…not a plot twist. Not now. Not like this. I scheduled the appointment.

I won’t go into detail of the procedure itself. Mainly because I inhaled the shit out of that laughing gas and kind of just woke up in another room, but also because it’s not the point of this article. I will say that it wasn’t any more physically painful than piercing my cartilage was. Or waxing my bikini. Seriously, bless any of you who haven’t caved on shaving and are still waxing down there. That shit hurts. This didn’t. I was in and out in a few hours, ate at a greasy diner afterward and handed in a term paper the next morning. Easy breezy.

The reason I’m sharing this experience is because I want to express how exceptionally lucky I feel to live somewhere where options are so, so readily available. John Oliver explained it perfectly when he said that abortion “cannot just be theoretically legal. It has to be literally accessible.”

The Washington Post highlights regulation laws across the U.S.: 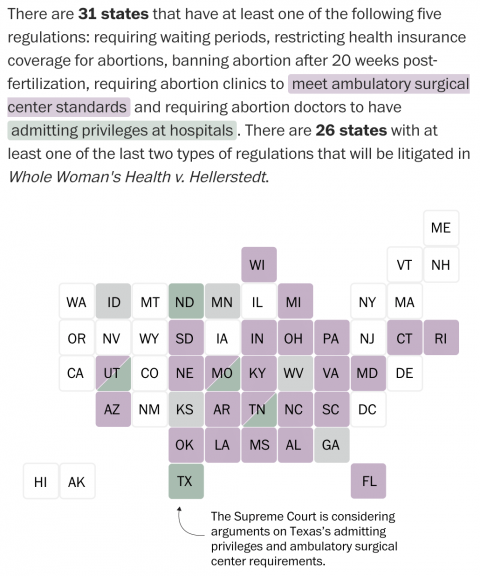 The reality is that there are women in certain states who have to drive hours away and pay thousands of dollars for an abortion. It may be theoretically legal, but the hoops that women are forced to jump through make it damn near impossible. Some are forced to first look at their ultrasound and forced listen to the fetus’ heartbeat before aborting it. That is actual, real-life torture. We have so far to go.

It’s about allowing women to evaluate their situations. It’s about trusting them to choose what is best for them in their own circumstances. Getting pregnant was, as I described earlier, entirely irresponsible. I was young and it was a mistake. But, because of where I live, it was a correctable mistake. It was fixable and I fixed it. The only time I have ever thought back on the situation, the only time I have ever put myself back on that toilet seat holding that pee-covered stick, has been with an overwhelming feeling of gratitude. A feeling of relief and absolute, beyond-a-shadow-of-a-doubt certainty that I made the right decision. I live somewhere that allowed me to make the right decision.

Abortion is a polarizing topic. It’s difficult to strip away emotion when discussing it — and it often ends with both sides going around in circles until all points are lost. I don’t mean to minimize the experience in any way. I really don’t. We’re all so different and there are so many factors at play.

I’ve always felt like I wanted to share my experience with the world somehow. I’m not embarrassed and I’m not ashamed. I’m also not proud, so I hope I am not coming across as so. I didn’t know anyone, at the time, who had gotten an abortion. No one who was willing to talk about it, anyway.

I don’t want any woman on this planet to feel embarrassed or ashamed, either. So I’m talking about it. Let’s talk about it.