Why do Women Fake Orgasms? Stroking Egos and Claiming Pleasure 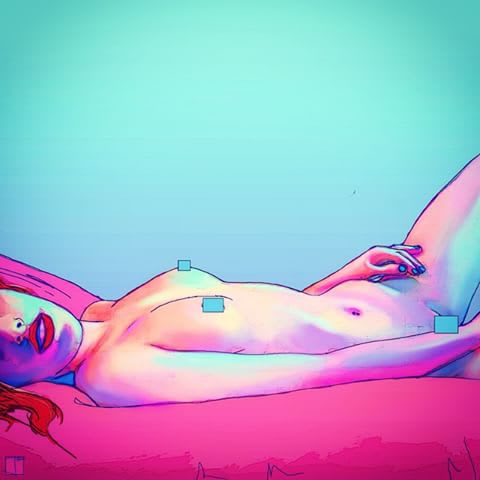 The other night, I was supposed to be writing a test script for a freelance job. The premise was to describe, in a lighthearted way, why ‘When Harry Met Sally” was considered the greatest romantic comedy of all time. Having never seen it, (cue gasp), and trying to base my answers off of out-of-context YouTube clips, my boyfriend suggested we watch it…after listening to me curse for about half an hour.

So we did. And I have to say…I totally get it. Besides for the fact that Billy Crystal’s quick-lipped wit and Meg Ryan’s quirky innocence are a match made in heaven…Harry and Sally’s relationship is an adorable and hilarious rhetoric on whether or not men and women can be “just friends.” While I won’t give away the ending, it’s a rom-com, so it’s pretty safe to say the answer might be biased.

Anyway, I digress. One scene in the movie really struck a chord with me - my brain going into overdrive, already taking notes on how to translate my thoughts into words.

In a completely packed deli, over sandwiches, a very conceded Harry wrongly assumes that his partners (and he has many!) have a great time in bed because, well, they orgasm. Sally, scoffing, questions how he knows it’s the real deal. He, in turn, scoffs when she claims that a lot of women have faked the big O at at least one point in their lives. In an effort to prove her point, to his disbelief, Sally then proceeds to show him just how easy it is for a woman to fake it, moaning and groaning for all the diners to hear. She did it so well, that the woman at the table next to her asks the waitress for “what she’s having.”

I was taken back to a conversation I had with a close friend quite some time ago. We were talking about sex, and the topic of faking orgasms came up. She confidently disclosed that she’d done it numerous times. I was baffled. I just kept wondering how…and more importantly…why? Even at that age, I knew that didn’t sound right. I wasn’t sure exactly who it benefited. I was also in awe that she was able to fake a believable one.

She’s not alone, though. In a poll run by Cosmopolitan Magazine in 2015, 67% of women admitted to having faked an orgasm. Coming in at 28% and 27% respectively, were these reasons: to make my partner feel good/spare his feelings or to end sex more quickly because I knew it wasn’t going to happen anyway.

I can honestly say I am not most of those women Sally refers to and faking climax is something that has never even crossed my mind…no matter how awful or awkward the sex. I can also honestly say that those reasons truly confuse me.

Sparing a partner’s feelings is a valid reason, but not when it comes to intercourse. Telling them dinner was great, even though the chicken was overcooked? Sure. Telling them their boss is a jerk even though they’re in the wrong? Go for it! But, when it comes to the dirty deed, when we spare their feelings, we are consequently sacrificing our own. We’re falsely letting them know we’re picking up what they’re putting down-or in. And then we get upset when we’re finger-banged — WHY PEOPLE WHY — and supposed to like it. If we don’t tell our partners that it hurts; feels weird; needs to be a bit softer/harder; whatever tickles your fancy (literally) and continue to choose the easy way out, then sex loses its meaning and most of all, its fun.

Now, I know there’s a difference between intimacy in a loving, serious, and meaningful relationship, versus a hot and heavy romp in an alleyway. The connection between these two types of sex is vastly different. More often than not, that sexy guy you met at a bar and brought back to your apartment is not going to know exactly what you makes you tick, and that’s fine! So why do we think it’s fine to make him think he does? Why should he get to feel satisfied, physically and psychologically, when we don’t get to?

Another popular explanation for faking an orgasm, based on the poll mentioned above? “To get it over with/finish faster because I wasn’t in the mood,” or “to get him off of me”…just typing that makes me uncomfortable. Maybe I’m being dramatic, maybe I’m not, but my brain is screaming NO.

The concept of a woman having to finish for a session to finish is great, in theory. What makes me cringe is the fact that it’s a lie, at our own expense, at one of the most intimate moments in our lives. We are silencing both ourselves and our needs to end something that is obviously not pleasurable for us. It makes me wonder why we don’t speak up for ourselves, why we simply acquiesce.

Oftentimes, sex is awkward, and weird, and downright BAD. We’re bloated, stressed, upset, distracted, he’s poking around, too sweaty, a sloppy kisser, the wine goggles start to fade…I’m not going to sit here and pretend I’ve never had a sexual experience I wish I could forget. I’ve just never thought it necessary to pretend that I’m enjoying it, to let him get off when I simply can’t. Sex is a two way street, and both parties should be considered equal, at all times.

Climaxing is a beautiful moment of vulnerability, of complete and utter pleasure, of letting go, of deepest intimacy and I can’t imagine taking those feelings away from myself or from my partner. I love it when a man finishes, but I never hold it against him if I don’t. I’m difficult, and it’s often not for his lack of trying. If anything, by not faking an orgasm, it makes him question what he can do better, how he can make my experience better. I think that’s an extremely significant part of any relationship; to be open and understanding and communicative.

By faking orgasms, we are suppressing our desires and lying — in turn victimizing ourselves and surrendering to and satiating the needs of men…again. We give them a part of ourselves that they don’t deserve, put them on a pedestal, and allow them to take what isn’t theirs. This game of pretend, while it may seem casual in nature, breeds a sense of entitlement, of unjust worth, and propels the idea that we must stifle ourselves in order to make a man feel good about himself. The idea that they never have to question their actions or our needs.

Bellesa says it best: women deserve to be depicted as they truly are: as subjects of pleasure, not objects of conquest…so ladies, let’s do it. Let’s treat ourselves the way we truly deserve-we are not here to be divided and conquered, we deserve (when we want) to be divided and pleasured…without having to feel guilty, awkward, or selfish.