A Dangerous Rise in Labiaplasties: How to Love your God-Given Labia 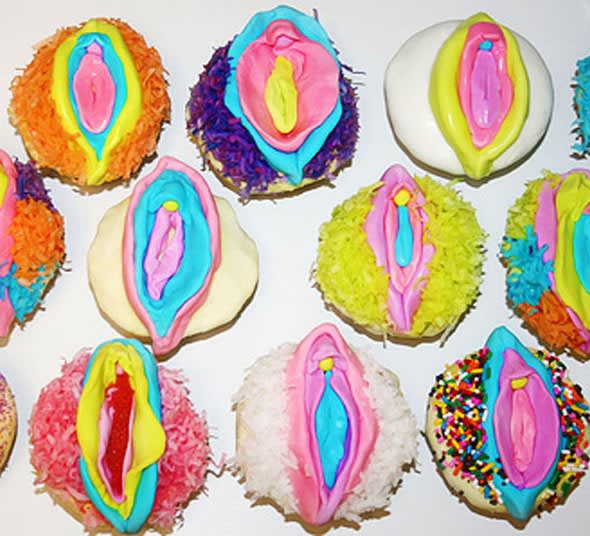 We know how to nickname them, we are taught how to maintain them, we’re all too familiar with their fluids, and we can (for the most part) identify their parts, but do we really know and love our own vaginas in all their diverse glory?

“In the first place, it’s not so easy to even find your vagina. Women go weeks, months, sometimes even years without looking at it. I interviewed a high-powered businesswoman who told me she was too busy; she didn’t have the time. Looking at your vagina, she said, is a full day’s work. You have to get down there on your back in front of a mirror that’s standing on its own, full-length preferred. You’ve got to get in the perfect position, with the perfect light, which then is shadowed somehow by the mirror and the angle you’re at. You get all twisted up. You’re arching your head up, killing your back. You’re exhausted by then. She said she didn’t have the time for that, she said she was busy.” (The Vagina Monologues, page 5).

At first glance, I thought this was just a funny little anecdote, and I didn’t pay it much attention. Upon rereading The Vagina Monologues for the umpteenth time, opening my mind to the power of the pussy, I realized I had fully neglected my own; I realized all I knew about it was that it resembled the colour of one of my favorite rosy-nude lipsticks, that it definitely liked to be touched, and that I had to shave it every three effin days. I realized I had never twisted myself in front of a full-length mirror to understand my essence, to understand the power, the beauty, the uniqueness, and the nature of my vagina…well, vulva.

I didn’t know that the vulva, the external part of the female sex organ, consisted of the labia minora and majora, that I have a clitoral hood, or that the vagina is a muscle that extends from the cervix to the vulva. I didn’t, and still don’t know what makes one vulva more normal than another, and I didn’t know that there are cosmetic procedures, whose popularity are growing at an alarming rate, that slice and dice these parts to “help” women feel more confident, more normal.

And that’s the problem; the word normal, the notion that there is a vaginal norm, an agreed upon aesthetic that classifies one vulva as beautiful and one as unnatural or ugly…because guess what? According to gynecologist of over 30 years, Dr. Hilda Hutcherson, no two women ever look the same…and she’s seen thousands of vulvas.

Over the past few years, labiaplasty, a cosmetic procedure that reduces the size of the labia (majora or minora), sometimes even cutting them clean off, has taken the world by storm.

In 2013, 5,000 vaginal rejuvenation procedures were performed across the USA, a 44% increase from the previous year.

In 2015, the number of labiaplasties performed on women 18 and younger increased by 80% in one year; from 222, to 400 (The American Society for Aesthetic Plastic Surgery). They account for 2% of all cosmetic surgery, but 5% of all labiaplasties.

As of 2014, the number of labiaplasties performed in the UK quintupled over a decade (National Health Service).

In the documentary, The Perfect Vagina, viewers learn that globally, plastic surgeons have seen a 300% increase in requests for labiaplasties.

The numbers are increasing at a bit of a staggering rate, even though the procedure is incredibly risky. The recovery period can take up to 3 months and it’s excruciating-let’s not forget, the labia are rife with nerve endings. It’s also a largely unregulated surgery, which exposes patients to long term side effects: a decrease in sexual sensation, permanent scarring, infections, bleeding, overall change in vaginal sensitivity, and in rare cases, clitoral hood deformities. (wondergressive.com)

As with any cosmetic procedure, there are health reasons for going under the knife. If a woman has large or misshapen labia, this can cause extreme discomfort during sports, menstruation, day-to-day activities, and even sex, hindering a woman’s ability to do the things she wants to do. While this makes sense, according to a 2011 study by the International Society of Sexual Medicine, 87% of women who opted to have it done did so solely based on aesthetics. (alternet.com)

So now the question becomes, why do women, the world over, hate their vulvas? Why are women, as young as 15, so intent on altering such a fundamental part of themselves?

There is something deeply disturbing about this.

It’s about more than just photo shopping in a curve, thinning a thigh, or erasing a blemish; magazines are knowingly paying graphic designers to remove, replace, and redesign the essence of a woman. They are knowingly circulating false ideals and while virtually no publication (fashion, beauty, lifestyle) is exempt from doing the same, there is something profoundly wrong about creating a normal that simply does not exist, about removing the natural definition of our womanhood. Sure, Kate Moss may look a few years younger on the cover of Vogue, but she hasn’t been reconstructed, her core is still there.

As the plastic surgeon says, trying to figure out what a normal vulva is supposed to look like is like trying to figure out what a normal face or nose looks like…you just can’t. Vulvas range in pigmentation, colour, size, and filling of the labia minora and majora; to him, they all look like vaginas. The problem is that women don’t know this, because women don’t share their self discoveries with other women, they don’t examine other women’s genitals, and so their only basis for what’s “normal” comes from pornography in film and literature; skewed and lying film and literature. We are taught to hate so many things about ourselves, to be self-conscious of our every flaw, and our genitals are prisoners of these falsehoods too. Can’t they just leave us alone?

And the same ideals are present; tiny vaginas, small labia, everything is tight and perfect. Girls as young as 14 are learning that their vulvas are not normal, are becoming self-aware, and subscribing to beliefs that could not be farther from the truth. It breeds a terrible and scary culture where no part of a woman is free from media scrutiny and societal pressure to change to be considered beautiful.

That’s where the danger lies; in what we are teaching and not teaching our children. Every vagina, vulva, and labia is beautiful and unique in and of itself, but girls are only shown “The Barbie” and that’s what they want, that’s what they think will make them complete and desirable. Ignorance is no longer bliss, not when the power of our pussies is being silenced, streamlined, and sliced.

While we may not be able to stop labiaplasty, we can spread awareness; we can overcome our own genital ignorance and embrace self-discovery. We aren’t Barbies, and we never will be, because we can stand upright, because we’re not homogeneous, fake, or plastic.

There are 3.5 billion women in the world, and you know what? Every single one of our vulvas is a damn treasure…so let’s love and cherish them because they, and we, are worthy and wonderful.