Fetishes Vs. Kinks: Here is The One Key Difference 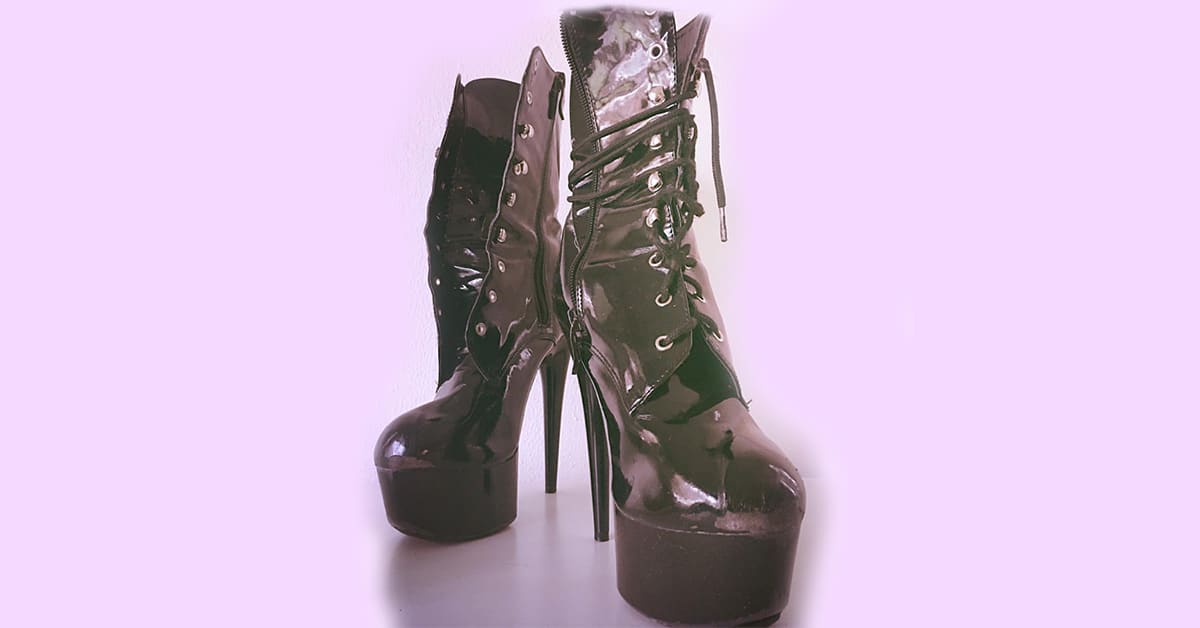 I rarely like to admit when I’ve messed up, but stubborn me is willing to bruise the ego and say that I have been incorrectly using the words “kink” and “fetish” interchangeably.

As someone who has taken part in kink and fetish acts myself, I never really put much thought into whether or not my partners were fetishists or not. I kind of thought what most people think: that if you’re into “non-traditional” sex, you can be considered both kinky and a fetishist. No big difference.

Check out our bestselling curation of kinky sex toys and goodies.

Well, there is a difference- and I am truly embarrassed it took me so long to learn that.

To save yourself from this same embarrassment, I’ll go ahead and explain what exactly the difference is. Though, I’ll also let it be known that not everyone in these communities agrees on the exact wording of either definition. These two definitions are merely the most widely agreed upon.

A kink becomes a fetish when it is viewed as the primary source of sexual pleasure.

Let's get into it, shall we?

Let’s start with kink. The exact definition of a kink, according to the Merriam-Webster dictionary, is: “Unconventional sexual taste or behavior”.

Of course, even the term “unconventional” is subjective. One man’s “ballgag and whip me” is another man’s “can we try doggy style?”

For the most part though, we can consider unconventional to mean using props, other body parts, or non-sexual activity and incorporating them into the sexual experience. Whips, ropes, costumes, leather, spanking, handcuffs, foot play, etc. These are all considered kinky (and fun).

There’s nothing wrong with being kinky, not one bit, but for the most vanilla of folks it can be viewed as perverse.

My advice to you is to not have sex with these people.

Anyhow, during sexual intercourse, kinks are seen as adding to the sexual intimacy between two people. You know, like when magazines publish articles like “Here’s How You Can Spice Things Up in the Bedroom” and “Sex Life Getting Boring? Try This!”. You can be kinky without being a fetishist, and kinks are not seen as the primary source of sexual pleasure.

For example, if your partner is asking you to spank them during sex, and you do, you’re engaging in kinky behavior. You may love doing it, but it’s not the spanking that gets you off. It’s the person you’re spanking and their enjoyment of it as well. Furthermore, if you can have sex without spanking taking place (no matter how much you love it), that’s another sign that you’re simply #DownToKink as opposed to a fetishist.

At this point, I’m sure you have an inkling as to what it means to be a fetishist.

I’ll still give the official definition from Merriam-Webster though.

Their definition of fetish is: “An object or bodily part whose real or fantasied presence is psychologically necessary for sexual gratification and that is an object of fixation to the extent that it may interfere with complete sexual expression.”

Not exactly sure what Merriam-Webster is trying to imply at the end there, but it is true that for many fetishists, acting on their sexual fantasies can be difficult depending on the particular fetish. Some can be harmful, others illegal. Overall though, most fetishes are harmless. Kinks and fetishes intersect often, but a kink becomes a fetish when it is viewed as the primary source of sexual pleasure.

Fetishists need their fetish to be a part of sexual intimacy, and often times can replace “traditional” sexual intimacy entirely. For example, a foot fetishist must make feet a part of their sexual experience and can often achieve climax solely through foot play as opposed to foot play in combination with “traditional” sexual intercourse. A foot fetishist is probably more specific about what it is exactly they love about feet, whether it be the shape, the toes, the smell, etc. In the realm of kink, someone who enjoys feet might just like to lick a foot or suck on toes. They generally don’t have specific preferences over the appearance or feel of the foot.

It’s not inherently wrong to be a fetishist, but there are fetishes out there that are potentially harmful and damaging to either the fetishist, or another person. If a fetish is extreme, it can make life a burden. In cases like these, it is recommended to seek psychological help, but it’s more important to note that coping with the stigma is often the main reason fetishists seek such psychological help. It’s hard to outwardly express having such fantasies and fixations, especially to romantic partners who might not understand it. Hopefully, as society becomes more aware and more sex-positive, it’ll be easier to talk about kinks and fetishes, thus making the distinction more clear and understood.