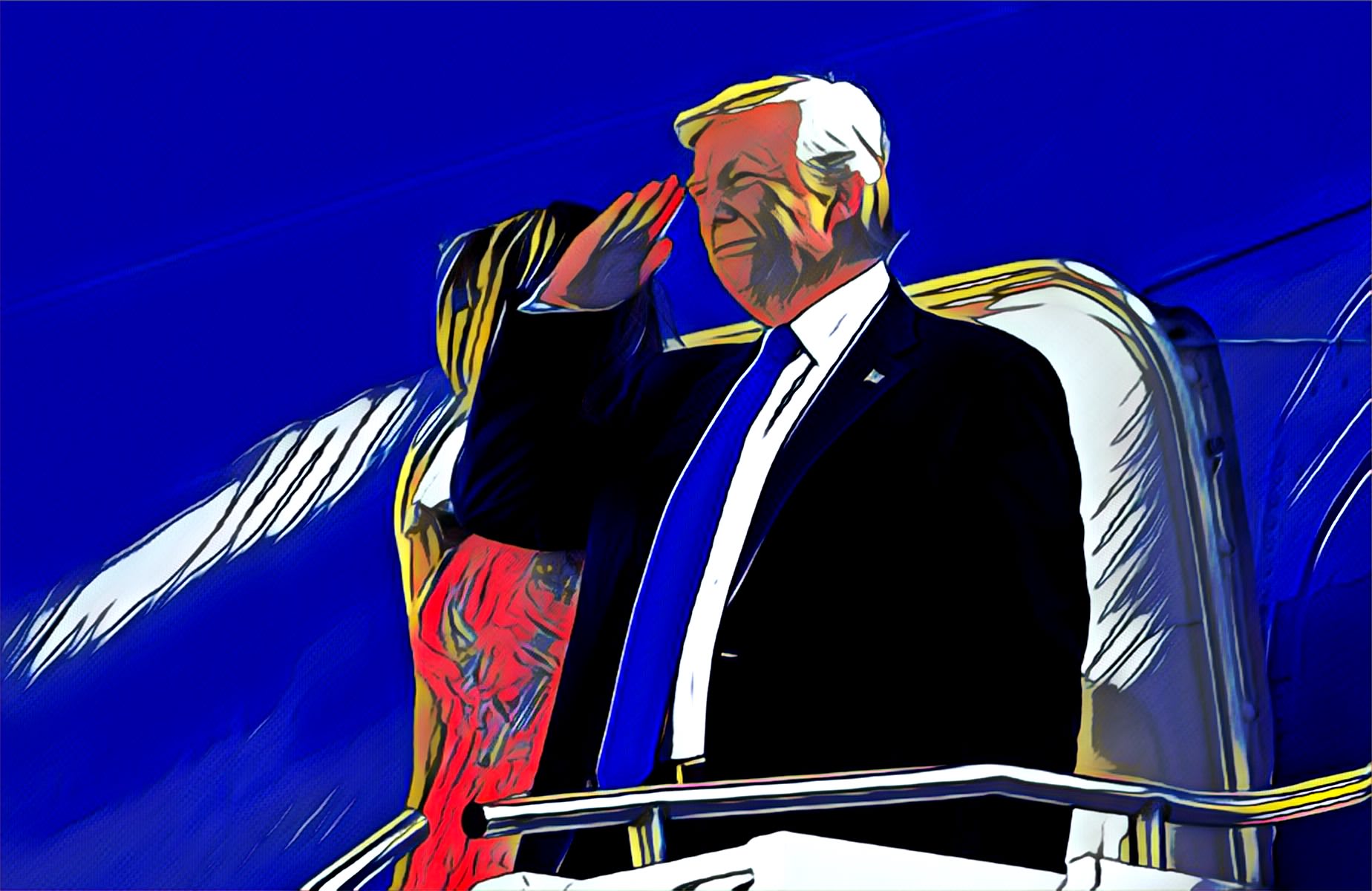 Donald Trump just banned transgender people from serving in the US military, blaming the "medical costs and disruption" they would cause. Yeah. 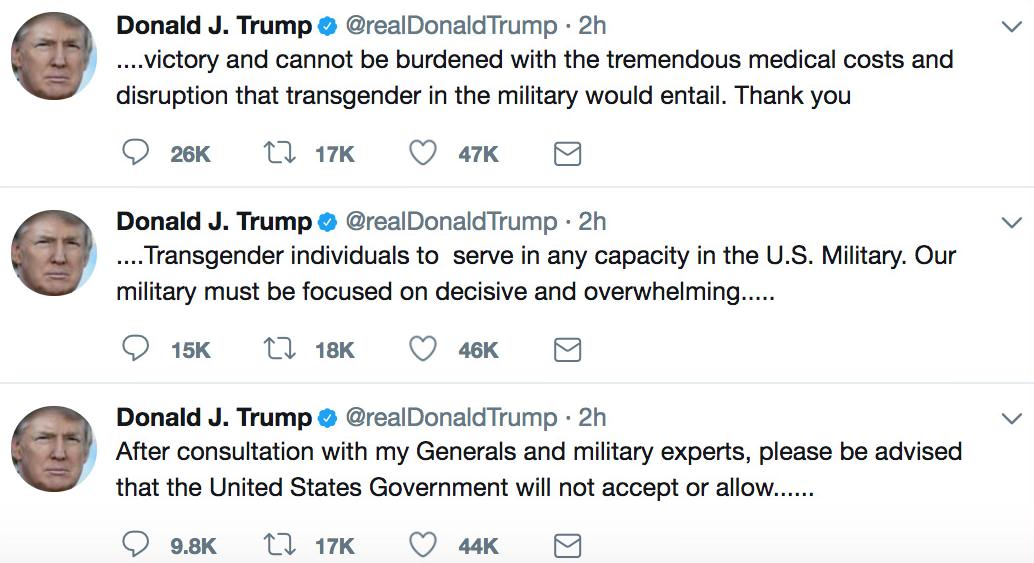 According to the Military Times analysis:

Trump’s action will overturn a June 30, 2016 Pentagon ruling that ended the prior transgender military ban and allowed them to serve openly and receive medical care.

But, remember: homeboy "tells it how it is."

Shortly after Trump's morning tweets, CBS News White House Correspondent Mark Knoller tweeted that the Pentagon was "caught by surprise" by the news.

Joshua Block, senior staff attorney with the ACLU stated: “This is an outrageous and desperate action. The thousands of transgender service members serving on the front lines for this country deserve better than a commander-in-chief who rejects their basic humanity."

"Let us be clear. This has been studied extensively, and the consensus is clear: There are no cost or military readiness drawbacks associated with allowing trans people to fight for their country. The president is trying to score cheap political points on the backs of military personnel who have put their lives on the line for their country."

"There is no basis for turning trans people away from our military and the ACLU is examining all of our options on how to fight this. For any trans service member affected by today’s announcement: Please get in touch with us, because we want to hear from you.”

WE MISS YOU @JOE.