Usher’s Herpes Scandal (And Its Unique Stigma Amongst STIs) 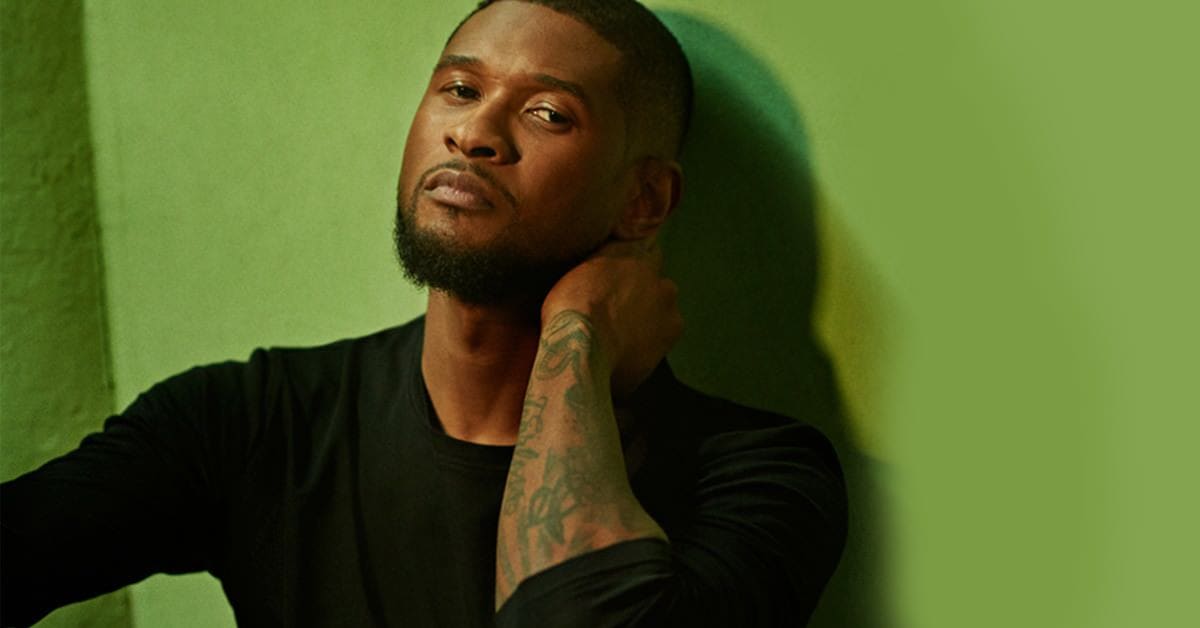 ICYMI: Usher has apparently passed the herpes virus on to a lover.

It’s the latest internet celebrity shocker, and one that I think people really need to sit on and think over, since the scenario as people are consuming it is rife with misinformation and some pretty damaging assumptions.

There are several things we should know about herpes before we go on a witch hunt for Usher or anyone else dealing with the very deep (yet excessively stigmatized) condition that is herpes (or any STI, for that matter).

Facts about the Usher case

Usher is being sued for $20 million by a woman he slept with who recently tested positive for herpes. The unidentified lady, AKA Jane Doe, is suing the entertainer in connection with her medical bills, punitive damages, and emotional distress. Jane says Usher claims he didn’t have herpes despite her suspicions, so she kept boning the velvety smooth & sexy star.

In legal docs published by Radar Online, Usher said he found out he had said herpes around 2009-2010. He hasn’t really said much in response to this whole thing. Hmm.

The facts you likely don’t know about the virus

Usher’s questionable priorities and regard for others aside, consider the following:

• US estimates put the prevalence of the herpes virus at anywhere from 1 in 3 to 1 in 6 people. That’s...a damn lot.

• The symptoms can be mild. Or they can be entirely non-existent.

• HSV-2 is contracted during sexual contact, usually spread through fluids on the genitals or mouth, or even mere skin-to-skin contact. Meaning...you can get it with or without a condom (although they do lower the risk) (still wear condoms bbs).

• You can get HSV-2 from someone after just one sexual encounter.

• Although very rare, this study says you can sometimes get it even if the other person doesn’t have symptoms (AKA an “outbreak”).

• Some people contract HSV-2 through oral sex, where HSV-1 (cold sores) are present. Meaning, one can technically lead to the other. Considering this, HSV-2 is usually quoted at closer to 25% for women and 10% for men. Lucky us, the cherry on top is that in addition to bearing the brunt of childbirth and having to spend a small fortune on bras and menstrual devices, we’re also graced with much higher susceptibility to most STIs thanks to our inward-traveling love machines.

• The only times genital herpes can be physically threatening is a) if you’re getting it on with someone who has HIV, since it can increase your chances of getting HIV, or b) during the third trimester of a pregnancy, which could threaten the baby’s life if contracted from the mother (though this is incredibly rare and preventable with medication and a C-section).

• More than half of all humans will get an STI in their lifetime.

The facts about how it feels

• According to the National Institutes of Health, many people with genital herpes never have a single outbreak, or their outbreaks lessen over time (one or two a year is common for some). Alternatively, the virus can lie dormant in your system for years, or even your whole life, without coming to the surface.

• The initial outbreak is often the worst, occurring a few days to a couple of weeks after being infected. Symptoms may include fever, headache and muscle aches. Or none of these. For the most part, outbreaks consist of blisters or sores on or near your goods for a few days (or, rarely, in other places).

• Stress or exhaustion can make it all worse. (Are you surprised?)

• Some take antiviral medication to relieve or suppress outbreaks

The real pain lies in the stigma and shame

Herpes has a unique stigma among STIs. It isn’t life-threatening like HIV, so people generally feel okay making jokes about it. Chlamydia, syphilis, crabs, scabies, and gonorrhea are also joked about mercilessly, but at least these are curable, so the shame usually goes away with the symptoms. The herpes virus never leaves your body, so ongoing shame can have a truly detrimental effect.

The very fact that people who get STIs are shamed is really shitty. Some spread misinformation that only promiscuous or morally questionable, “dirty” people get it.

This is very clearly not backed by science or intelligent thought. Many are basically made to feel like their lives aren’t worth living anymore, and like they might as well forget ever being an subject of desire ever again. All of this over a skin condition that doesn’t show up most of the year.

Telling someone that you want to sleep with

As a general rule, you’re not legally obligated to tell someone if you have an STI, though it’s usually considered illegal to knowingly or recklessly transmit an STI (some US states have laws that require you to tell certain people if you’re HIV-positive). It comes down to a question of consent- and if your partner is unaware of the situation, he/she is unable to properly consent.

Only you know best when and how to have the conversation with someone you’re hot for. Leaving fear out of what you say is always the best way to go, hard as that may be. In the meantime, I think it’s a good rule of thumb to respect and therefore protect anyone you’re intimate with to the best of your ability.

A few basic guidelines, or soft rules of disclosure

Be able to call bullshit (in a compassionate way) on stigma-driven misinformation and cite actual facts. You may find yourself temporarily playing educator, if you’re open to that.

You shouldn’t feel guilty, apologetic, scared, or stressed, but you probably will. If you want to be upfront about these emotions, I personally believe that honesty is usually the best way for another human to connect to the reality of what you’re living and see you as someone real. So if you wanna be vulnerable, do it.

3. Don’t have this discussion in the throes of passion

I think this speaks for itself. Come on, now.

While they might need time to process, your person will often surprise you by wanting your bad ass anyway when you tell it like it is. And if they don’t, that really sucks. But maybe you dodged a bullet, ‘cause it’s possible they really suck—or at least weren’t right for you. Hard to know.

There are all kinds of natural remedies, as well as healthy diets and exercise regimes that can very effectively stave off outbreaks. Basic tenet: do away with unneeded stress and live a healthy life, and you won’t have too much to worry about. Of course, the whole healthy living thing is our eternal challenge as a species, so that’s where the real work comes in.

There are many dating sites for people with genital herpes, a Herpes Resource Center Hotline (for counseling and information) and in-person and online support groups.

Now, back to the Usher allegation

We're still unclear on exactly what transpired- so I'll just leave you with this. If Usher really did sleep with Jane Doe and actively decided to not disclose that he had herpes...this is wrong. It boils down to the notion of consent. If homegirl consented to sex under the belief that Usher does not have herpes to later find out that he does...well, the parameters under which she had consented have changed.

So while we really do feel for Usher, having to deal very publicly with the uniquely shitty stigma associated with herpes, knowingly exposing a partner to the virus is not only morally twisted- it's also illegal in certain states.