'No makeup' makeup: How to successfully hide any and all effort 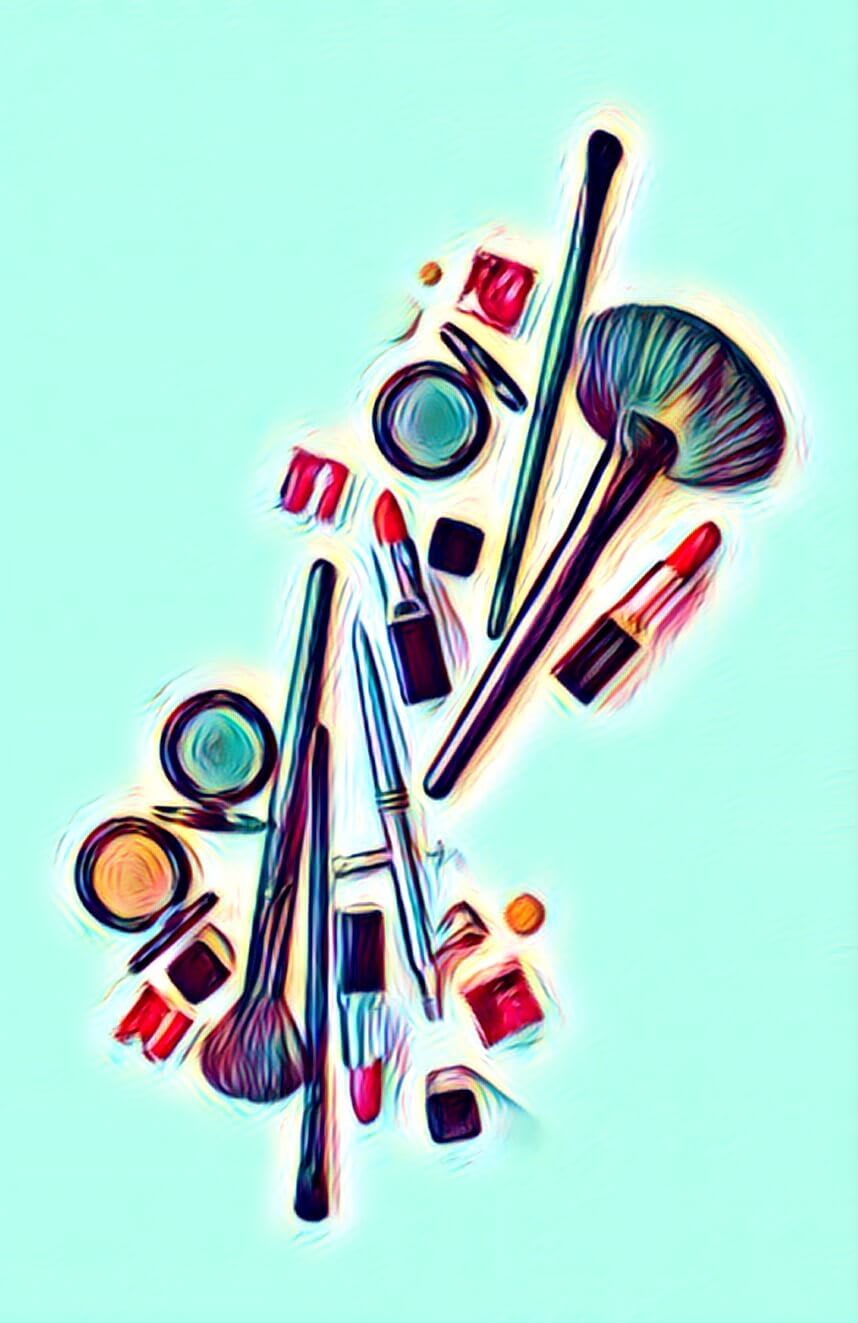 The amount of times I’ve been told I look “tired” is directly proportional to the amount of times I’ve left the house without wearing makeup. I’ve had employers, acquaintances, and even baristas who I have never met before offer their exceedingly helpful input on this matter. I’m under no illusions that the majority of these good Samaritans (usually men) are genuinely concerned about my ostensible lack of sleep. Rather, the absence of makeup somehow makes them uncomfortable, so they feel the need to alert me to how my own face looks, in case I didn't know. Most days, I only wear foundation, brow gel, and mascara, all applied with a light enough touch that it’s difficult to tell whether I’m wearing makeup at all. On these occasions I don’t receive any comments on my sleepiness.

Apparently, this type of approach now has a name: “no makeup” makeup. The trend is as oxymoronic as it sounds — applying makeup to appear as though you aren’t wearing any is the epitome of trying hard to look like you’re not trying. Magazines and beauty bloggers boast headlines like “How to Use Makeup to Achieve a Flawlessly Natural Look.” Aren’t flaws natural? Yet “natural” here is being defined as blemish-free, glowing skin, rosy cheeks, long eyelashes, and neat-yet-bushy brows. This version of natural is, antithetically, a high-maintenance look to achieve, and skews the reality of what women actually look like sans makeup. Even Alicia Keys, the biggest proponent of #NoMakeup, wears makeup.

To spend time and effort on beautifying one’s self is often interpreted as vanity or narcissism at best, and a knowing act of deception at worst.

“Natural” beauty then, is not about a lack of effort, but rather about successfully hiding effort altogether. By focusing on the end product —the “naturally” beautiful look — women’s labor is effectively erased. This erasure speaks to the core anxieties surrounding makeup: to spend time and effort on beautifying one’s self is often interpreted as vanity or narcissism at best, and a knowing act of deception at worst. Women are presented with a classic double bind — either you love yourself too much, or not enough. “No makeup” makeup acts as an attempt to solve the “damned if you do, damned if you don’t” riddle. If women are simultaneously judged for wearing “too much” makeup and also for not wearing “enough,” maybe they can escape judgment altogether by wearing just enough to cover their natural flaws, but not enough for others to notice that they are actually wearing makeup at all.

Of course, trends are cyclical, so it’s no surprise that the rise of the “no makeup” look comes on the heels of contouring. While contouring emphasizes using a plethora of products to re-shape one’s face, “no makeup” makeup relies on achieving a toned-down look that highlights naturally glowing skin. However, both are unobtainable beauty standards reinforced by postfeminist ideals. Rosalind Gill explains postfeminism as a sensibility characterized by a shift from the sexual objectification of women to sexual subjectification by “knowing, active, and desiring” female agents. Objectification is then regarded as a conscious choice made by “confident, assertive female subjects.” Gill regards this “knowing and deliberate re-sexualization and re-commodification of women’s bodies” as especially troubling because it is in response to feminism, and therefore much less “innocent” than earlier sexualized images. Furthermore, although postfeminism gives women the freedom to choose, the valued “look” is still similar to the heterosexual male pornographic fantasy.

Since flawless, glowing skin is a prerequisite to pulling off the “no makeup” look, luxurious skincare companies have stepped in to help those of us without perfect skin.

Postfeminist choices are also inherently tied to capitalism. Women can “choose” whatever look they want, as long as they are choosing to financially support the beauty industry. Wearing no products at all is not an industry-approved trend, so the “no makeup” look necessitates accompanying products. It is no surprise then that the “no makeup” trend has also ushered in an obsession with 10-step Korean skincare routines. Since flawless, glowing skin is a prerequisite to pulling off the “no makeup” look, luxurious skincare companies have stepped in to help those of us without perfect skin. In a not-so-subtle twist, women are encouraged to buy expensive skincare instead of expensive makeup.

A prime example of postfeminism’s commodification of choice is cult beauty brand Glossier. The brand boasts a line of makeup and skincare products promising a barely there, dewy glow. In a frustratingly genius double bind, the makeup is meant to mimic the effects of perfect skincare, while the skincare is meant to replace the need for makeup at all. According to founder Emily Weiss, “Anyone can be a Glossier girl…. They have freckles, pores, scars. Our girl doesn’t need our products, but she chooses them because they make her feel great.” And just like that, the postfeminist politics of choice are perfectly embedded in Glossier’s ideal girl: someone who uses makeup to play up their (already perfect) features instead of masking flaws (if freckles can be considered a flaw). Like “no makeup” makeup, Glossier products aren’t meant to be noticed at all. But just in case people can’t tell that you’re a “Glossier girl,” the brand offers Instagram-ready minimalist packaging as well as wearable merch emblazoned with their signature pink “G.”

Critiquing brands like Glossier is not to say that toned-down makeup is bad, or worse than bolder makeup choices. Rather, “no makeup” looks are touted as more empowering and accepting of “real beauty” when in reality, this choice is circumscribed by the same impossible beauty standards ruling every other makeup trend. The idealization of effortlessness at the heart of the “no makeup” logic speaks to the implications of makeup as an ultimately moral choice. If a woman is not born with flawless skin, she is expected to at least try and cover it up, yet the very act of trying reveals this inadequacy.

Furthermore, failure to comply denotes laziness or lack of skill on one end of the spectrum or insecurity and superficiality on the other. Any trend that condemns other women’s choices by implying that there is only one “right” way to look is once again relying on female competition in order to make money. Never mind that makeup is an act of individual expression that doesn't have to be for the pleasure of anyone but the wearer. There may not be a simple answer to any of these problems, but at the very least we can stop judging women for the amount of makeup they do or do not wear.