Women Playing Hard To Get: We're Not Doing Anyone Any Favors 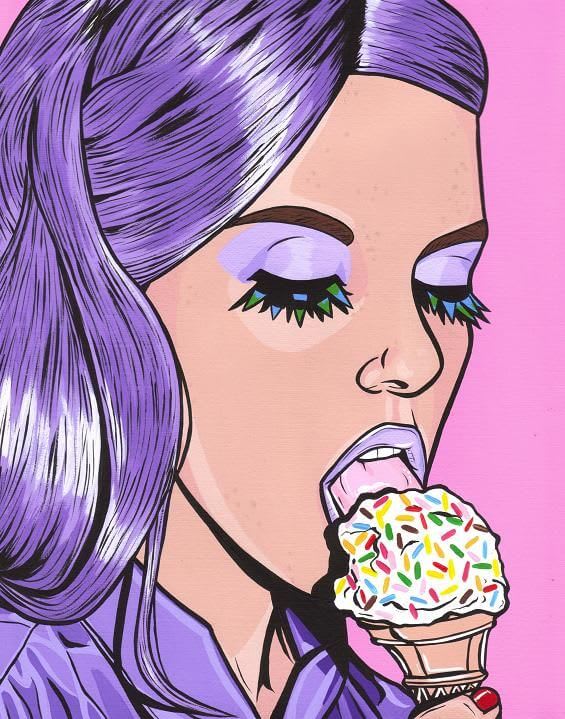 It’s age-old, right? Woman are innately coy, playful, and natural teases. We get some kind of personal satisfaction, or pleasure even, from dangling the possibility of actual pleasure above our men’s faces, just out of reach, until they are putty in our, um, hands. Or wherever we choose to take it.

I’ve thought a lot about this “playing hard to get” situation. I’m pretty certain that both women and men do it, all the time, in a million different ways, sometimes for similar reasons, but sometimes for very different ones.

Fact: men and women walk through the world differently. There is no getting around, or disputing this. Same way you cannot dispute the fact that the colour of your skin changes how you are received by the world around you. Endless intersections we all are. So, as with any other behaviour or tendency, gendered politics are at play here. When you hear the phrase “hard to get,” do you think of a man or a woman? I’m betting many of you have internalized the feminized, normalized version. Even though—if you think about it, men are famously distant, aloof, stoic, non-verbal. Hard. To. Get.

All I can do is see other women’s experiences reflected in my own, and vice versa. Humans tend to create binary, duality and mutual exclusion where there isn’t any in all its forms, dominant/ submissive, and hunter/ prey to name a few. These supposed pairs of opposites are all connected with one another, in many intricate ways, both expected and unexpected. Now, I am in no way knocking all the potential good times wrapped up in playing out any of these contrasting identities with intention, consent, and a connection to that inner heat and darkness inside you.

What I do knock knock knock on is the following: the reasons many women intentionally (or unwittingly) play hard to get, and the reasons many men enjoy it even though they’ll often say they don't. And the ways in which both women and men let it fuck with their sense of self. And how this dynamic can play out destructively in (hetero) relationships.

When I first entered the world of romantic relationships, I did so with a stubborn unwillingness to be anything other than honest. Translate: I didn’t wanna play the games that so-called adults played. I wanted to be straightforward. I wanted to be myself. I wanted to express when I was happy, sad, horny, or in love to the person it most concerned (besides myself). I did all of the above. And let me tell you, it did not go well. Now, no one can say they do the above things properly, and I am no exception. But my guy at the time simply couldn’t handle me. He was a self-proclaimed feminist, activist, and self-aware human, and yet, to him, I was unexpected, dramatic, intense. I’m not saying I wasn’t. But our main issue had to do with sex and sex drive. I wanted sex way more than he did. This has been the case in most of my relationships. Divergent sex drives=power struggle. In my experience, anyway.

He said I was pressuring him to have sex, and that it wasn’t very feminist of me. I said that his deeply ingrained misogyny made him someone who was turned off by a woman who initiated sex. After two years of struggling with the same he-said-I-said, he admitted that he was turned off by a woman who acted as the sexual initiator. He said he wanted to be the man, the hunter. I didn’t say I told you so. I didn’t say “I’m a fucking Sagittarian centaur woman with arrows in tow and constant appetite, so how dare you tell me I can’t hunt too?” We worked through it. I did more of the work. Eventually, his sex drive rose and we were equalized for a time.

I had several other relationships and involvements in the years that followed that at times made me feel I should just play “the game.” That I should play it cool. But playing it cool always amounted to suppressing my goddess fire, my love, my lust, my touchy feely nature. Hard to get. But personally, I was never one of those gals who fooled anyone.

What I learned from these experiences, and from the profoundly detailed conversations with fellow goddess woman friends: women like sex a lot. Possibly (probably) more than men do. Yes, I said more and I meant it. We like it more. We like it more deeply. And when we suppress our burning desire to play games with boys who are not emotionally intelligent enough to handle goddess fire (they don’t even know what they’re looking at), we cause ourselves emotional and even physical health problems, and we allow boys to remain devoid, ill equipped, and incapable of real intimacy. We allow them to remain boys. Not that it’s our job to raise them up. But if we were always true to ourselves, they would have to step the fuck up.

The harmful, sexist stereotypes of the world are dismissive of goddess fire. They tell other stories: they say that boys are the ones with cocks for brains and that they can’t be helped, and that women have headaches and periods and emotions that make them clamp their legs tightly shut. They say that women don’t need orgasms in the same way, and/or that we aren’t even necessarily capable of having them. They say that women like to use their innate sexual feminine prowess to influence and control the actions of men. They say that men are powerless when spellbound by such a witchy woman.

All of the above tall tales are hurtful: to women, to men, to sex, to love, to relationships. There is truth to every stereotype—and the reasons those truths exist are complex. I’m not arguing that those truths don’t exist. What I do know is that the repetition and replication of female archetypes (i.e. in pop culture) who embody the femme fatale by day and frigid feminist by night, or wild slutty freak pre-marriage and out-of-shape asexual wifey post-vows is simply bullshit. Women who play into the sexual manipulation for personal gain trope are almost as unlikeable to me as men who hate women because of their sexual power. Note: these men have never witnessed a woman’s actual sexual power, aka goddess fire.

But it’s hard to lay blame, because we play these roles for lots of valid reasons. The main one being that the world as we know it is built on backward power dynamics.

Women who do play hard to get: you’re essentially faking orgasms. You’re not doing anyone any favours, least of all yourselves. Men who’ve come to expect it, and desire it: some reflection would do you good. Talk to women about it. I know very well that desire is desire is desire, but sometimes what we think is real desire is actually something else altogether, and when we peel back the layers, we are stunned and humbled and wildly aroused by what we’d taught ourselves to push away for the sake of being cool, wanting less, maintaining independence, wielding more power, or protecting oneself.

Now’s the time to see what’s underneath.